Periodizing workout programs isn’t a new concept, but it is something that a lot of people ignore for fear of stepping out of their comfort zone. In a way, there’s safety in following the same program week-in week-out.

It’s what you know, it’s what you understand, and it’s the way you have gotten into a rhythm such that you don’t have to over-think your workouts.

The constant workout program lets you leave it all in the gym, and it doesn’t risk something as reprehensible as change.

The problem is that leaving your dome at home and going through the motions of the same old workouts as part of the same old program can drop you off at Stagnation Station long before you were ready to disembark.

Don’t get me wrong, you might look and feel good, but sooner or later, it might be something as simple as boredom that makes you wonder why you are doing this thing.

Pro bodybuilders tend to mess around with sets and rep counts but they are fairly rigid when it comes to programs.

Some of the multi-Olympia winners never changed a damn thing in their program.

Those guys are the epitome of control freaks though; suggesting to the majority of them that they could ‘try something new out’ would be like telling them to take a season off and train for a marathon.

For the average person, however, periodization might be the answer to several issues.

There’s a huge difference between peaking and stagnating, besides the positive and negative connotations of the words respectively.

A peak implies there is a progression leading up to a point of optimal performance, and then a regression following, where rest and recuperation play the major roles.

Pro athletics, including bodybuilding, is largely about timing your peak for the crucial points in the season, like competitions and races.

It’s possible to hit several peaks in one season, but it’s impossible to stay at the summit of the peak for the entire time.

Peaking is a controlled and deliberate execution of a plan, centred around specific moments in time.

Whether that moment is a 3 day Ultraman endurance triathlon or a 100m sprint, the overall theory is the same.

Stagnation is where our performance level remains the same for an extended period, often sadly followed by a decline. It is otherwise known as the plateau, or sticking point.

The level at which you perform is quite a bit lower than the peak potential.

Average people are more likely to stagnate over professionals because they don’t allow themselves to regenerate and recuperate in between periods of high intensity.

The result is a flattened level of constant intensity.

Periodization can be described as achieving mini-peaks over time where there are blocks of high intensity followed by longer blocks of low intensity work.

The intention being that each high intensity block raises the bar from the previous one, therefore creating an average increase in overall performance.

Periodizing workouts can also involve a change of habits to trigger growth via different pathways to those that are overtly dialled-in.

The brain has a lot more to do with our bodies getting bigger, stronger and more powerful than many people give it credit for.

To say that a novice lifter’s initial improvement curve is dramatic would be an understatement.

A beginner can literally add plate upon plate to their barbells (leg exercises even more than upper body) within months of starting, and tens of pounds of lean muscle mass if they are really committed.

The initial 12 weeks or so is particularly dramatic, and a lot of it has to do with neural adaptation.

Increased synaptic connection establishment and neurotransmitter growth are stepped up like crazy just to adapt to what the person is putting the body through.

This allows for more powerful muscle contractions and an enhanced physiological growth response. Make no mistake – the brain is the master controller.

After this neural adaptation dies down, what then?

The person plateaus out. A periodized program will help to keep the brain guessing – so to speak – and force it to adapt time and time again, which will promote the growth of new connections, and thus, more muscle tissue.

There’s another, more emotional aspect to training that needs to be fired up to really continue heading in the strength and growth direction, instead of sticking points and plateaus.

Call it motivation, drive, focus, whatever – it’s the buzz that keeps us going back to the gym for more.

The thing is, with neural adaptation and physiological improvement saturated, what can keep you digging deeper every time you go back in to the weights room?

I think you see where this is going: Periodization.

Mix it up, keep it fresh, and you’ll never get bored.

Greater Than the Sum of Parts

When you ‘periodize’, you can do something special: work on different muscles within the same groups.

So you’ve hammered the bench, dead lift and squat for two years exactly the same way and you’re stuck.

Try different exercises using similar movements, but not quite the same. New muscle growth is triggered, perhaps that of the satellite muscles around the primaries.

After a while you go back to the Big Three, and all of sudden you can bust through the ceiling you thought would remain in place forever.

This is because you have strengthened the whole area to a greater degree overall.

It takes a bit of confidence to change your mindset about these things but the truth is that you cannot be at your best all the time.

If your measure of improvement is linear progression rather than the achievement of individual targets then your path to success is going to be a long and arduous slog.

The faith required to back off and reduce the intensity is almost more difficult to conjure than the guts to push a muscle to failure.

However, those mini-troughs are what will ultimately lead to bigger peaks.

So, rather than imagining improvement in terms of a smooth horizontal line that you’re constantly trying to make into an uphill slope, think of it as an oscillating needle that looks more like a stock market graph, the average of which is still going up.

So Where Do I Start?

Oh Man! There’s so many ways to cover this. If I sat here and wrote for six weeks solid, it wouldn’t help you periodize your own workouts.

The very conception of your own program is half of the skill here; you really need to experiment with yourself. Here I am just trying to promote the idea. Here’s a few things to think about though.

Note for novices: If you are starting out with weight lifting, periodizing can just confuse matters. I would get to a point where you are not tangibly improving week by week. The first three to four months – provided your diet and sleep is appropriate and you are following an all round program – you will make strength and mass gains virtually overnight. Get that out the way first.

Things to Think About When Periodizing

I’ve sort of touched on these points already but here are some ideas to trigger your adaptations.

Strictly speaking, periodization doesn’t necessarily mean any of the below. By definition, it’s simply an idea of training in blocks which have different characteristics (for want of a better word).

It can be as simple as the high intensity/low intensity thing:

1. Intensity – Try trading off growth periods with low-intensity periods. Perhaps for a 7 day high-intensity block, follow up with two or three weeks of lower intensity work.

This can involve slower and more controlled movements without the explosion of power or working to failure.

This doesn’t mean you have to reduce your volume at all: Intensity does not equal quantity.

Also, this doesn’t mean you have zero individual high intensity sessions inside the low-intensity block. Just put a couple in rather than five in a week like the building block.

NOTE: HIT and LIT here are just ways for me to abbreviate. This has nothing to do with the HIIT (High Intensity Interval Training) that is becoming increasingly popular. My meaning is simpler to explain: HIT is when you’re pushing yourself hard; failure sets, big drop sets and compound/supersets…that kind of thing.

LIT is more about control and rhythm. Not much grunting during lifts and walking out of the gym with wobbly legs!!

2. Movements – If you bench press week in week out the same way, add a new element to it. Simply inclining the bench on the main set can introduce new adaptation and growth in a different are of the chest. Do this for a few of the main sets you do.

3. Order – If you always do shoulders after your chest, try the opposite for a couple of runs. Really pound your shoulders on the military press before anything else. The fatigue you normally go into your shoulder set with will not be there. You might be surprised at the weight you can add.

4. Equipment – free-weight stalwarts don’t like machines or racks, but they are great for pushing the limits without the dangers associated with free weights. The squat rack is a good one. Because of its uni-directional posts, you can’t really lose control. Perhaps a week of loading the squat rack can increase your max lift enough to make improvements on the free squat the next time you go back to it.

5. Negative reps (for experienced lifters only!!) – you need a spotter for this, but if you train in pairs with your buddy then it’s ideal. Try doing your main set exercise for the day as a negative rep set only. The negative rep is the part of the rep where we let gravity bring the weight back down. Using the bench press as an example, it’s when we bring the weight back down to our chest.

When isolating negative reps you can load the bar with a bit more than usual and have your spotter help you push the positive rep up.

Then, he/she will let you bring the negative down in a controlled manner. You won’t have much choice because it is slightly heavier than you would ordinarily lift. This method of working the negative rep has been shown to elicit strength gains beyond traditional training methods for a long time.

Caution: Be careful with this and never do it without a spotter; that would be extremely silly

You can throw a supplement into your routine that might just give you another way to edge ahead.

We have reviewed a fair few on this site and you can see the ones we rate the highest by following either of the links below.

Anabolic supplements and Fat-Burners are a staple part of many bodybuilders’ programs. NO Boosters and Nootropics are really strong additions.

The ones we recommend on here are powerful, legal, but most importantly, safe.

Changing your approach does not have to be a stressful venture, but it can bring benefits you hadn’t imagined were possible when following a traditional program.

I could go on and on but you have some things to think about there.

Try it out if you feel like it and let me know how you get on. I would be interested in the feedback. 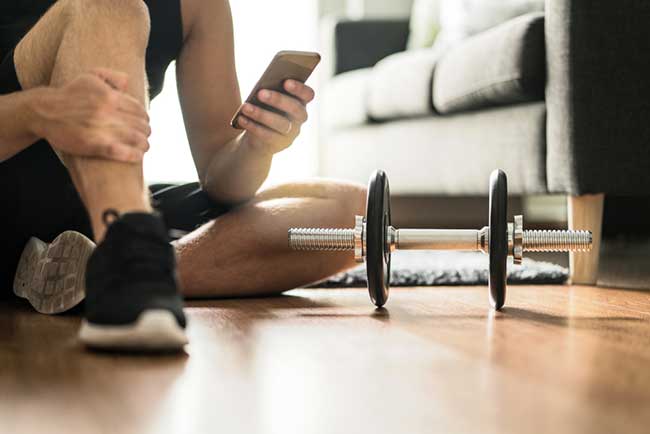 Article Name
Periodizing Workout Programs and Breaking Stagnation
Description
Periodizing workout programs isn’t a new concept, but it is something that a lot of people ignore for fear of stepping out of their comfort zone
Author
Mark Jones
Publisher Name
www.Emergencylink.com
Publisher Logo