Stretching before and after working out has always been something of a ‘gimmee’. Latest research suggest it might not necessary, and even have have the opposite desired effect.

Stretching is the boring part of working out, let’s be honest.

So it might come as a pleasant surprise to many people that it may not be necessary, sort of.

Now, a lot of people are avid stretchers; they live and die by the conviction that stretching before and after a workout is mandatory.

In fact, to these people, stretching is the 11th Commandment that must have broken off the tablet that Moses found:

“Thou shalt stretch before and after every workout.”

As with many beliefs in life, sometimes you have to adapt to evidence being put forth by current research.

No truer is this idea of progressiveness than in the world of health and fitness.

If you keep fixating on theories and teachings you received when you were younger – or even a couple of years ago – then you are setting yourself up for failure.

And, if you take only one thing away from this article, let it be this:

whatever your knowledge base of anything related to physical health and conditioning, keep updating it.

Now, before you get hot under the collar and start yelling at the screen about flexibility and range of motion and Yoga and all that good stuff, I’m not saying you have to give any of that up either. So, I’ll get down to it.

Stretching – The Old School of Thought

Remember when you were in school gym class and you felt ridiculous in the shorts and white socks and stooooopid white flat plimsole shoes that gave you blisters?

Well, it was considered absolutely essential to stretch before you did your class and then afterwards…no matter what you were doing.

Running round a field? – same stretching routine, arms and all.

Throwing medicine balls around the room? – same stre……you get the point!

The type of stretching you were doing, where you touched your toes, bent your arm around your head or lay on your back and pulled you knees to your chest – are all called static stretches.

And, it is what it sounds like: you stand, sit, or lie still and stretch your muscles. Sometimes, you wouldn’t even be warmed up, though thankfully that sort of behaviour has stopped.

Why Stretching is the ‘Old’ School of Thought

The truth is, static stretching before training doesn’t come with many benefits.

When you stretch muscles, they elongate and then when you return to the neutral position, they are more relaxed.

This does very little for your power, strength, speed etc. which are exactly what you are about to call upon for your workout.

If any static stretching is to happen, it’s best to do it after your workout.

And even then, it maybe more appropriate – and beneficial – to use a semi dynamic approach as is the case in yoga.

Yes, they hold poses but there is quite a lot of movement into the pose, and out of it.

What’s more is yoga isometrically engages other muscle groups in order to keep the pose.

It’s basically another form of strength training, and it conditions the muscles to move through a range of motion without necessarily having to always be pulled into it.

Static stretching does not appear to reduce injury (and can cause it actually), and there is no evidence to suggest it improves performance (again, it may hinder it).

HOWEVER: there is a difference between stretch exercises for the average athlete and those prescribed to you by a doctor or qualified therapist. In this case, there is a specific injury/limiter which they are trying to improve for you. Follow their advice always.

Stretching – The New School of Thought

Dynamic movements are considered to be the new stretching.

Nothing too intense at the start but then you would build it up over the warm up period.

Of course, it’s better to be warm from the get-go but dynamic warm-ups are becoming the way to do both.

If you are about to squat, the best way to prepare your muscles for that movement is to rehearse that movement.

It’s not rocket science, there is no deep secret to this. Squatting without weights and then with warm-up weight sets is the way to gear up the squatting muscles and prevent injury.

If nothing else, you are actually beginning your workout when you start the warm-up, instead of taking 10 minutes at the start to yank all your muscles around while they are cold.

You brain and muscles are always communicating with one another.

This is the reason why rehearsing a movement prepares the whole body for that movement.

With increasing load being added to the movement, the brain quickly works out that there is a need to adapt to a bigger load each time, within that range of motion, and the right neurons will fire as a result.

The main thing which got my attention was the idea that static stretching actually tells the brain you are trying to relax the muscle.

It’s a bit like pulling on an elastic waistband to try and slacken it off a bit.

To then suddenly introduce weight and move in ranges of motion that are a complete surprise to the body is asking for trouble.

Should I Never Stretch Then?

There’s a time for stretching, and if you feel it helps after a workout then go for it.

Then it might help you stay a little more flexible, especially for people who tend to tighten up after a workout because their muscles shorten.

Keep up the yoga and pilates and whatever else you enjoy as well.

However, in the context of resistance training and most type of sport, it seems better to just ‘go through the motions’.

So after you have stretched … or not it’s time for a workout. I suggest this.

Workout Outside Instead of the Gym

Summer is a great time to workout, but for many gym enthusiasts it becomes a burden, especially when they can see the beautiful weather outside and they are stuck inside doing reps on a weight rack.

Now, there’s nothing bad about that at all; I still go to the gym during seasons of good weather because otherwise I’d lose some of the muscle gains made (unless you have access to an outdoor gym, in which case that’s excellent).

All of that being said, I like to change up my whole routine every now and then, to introduce new and exciting ares of neural adaptation and get fit in different areas.

If you are usually a cheapskate with cardio, the summer is probably the time you should maximize the opportunity to get some fresh air and feel the sun on your back as you run, cycle, swim…whatever.

So, for me, it comes down to a couple gym sessions a week, perhaps 4 runs of 5km to 10km per week, a cycle or two and some swimming if I can fit it in. What I’m most excited about, however, is some quick fire strength and conditioning outside.

Isometrics, Plyometrics and Everything In Between

If you are afraid you can’t get anything done in a park or the yard or wherever outside because you don’t have heavy weights at your disposal, then don’t worry.

There is a lot you can do for your fitness, your physique, and your mind, if you embrace the outdoor way.

There are two training disciplines/techniques mentioned in the sub-title above: Isometrics and Plyometrics.

Now – I say ‘and everything in between’ because I view these two methods as being on the opposite end of the spectrum from each other, while keeping in the same category of ‘strength and conditioning’.

Isometric Training is where the target muscle (group) is engaged/contracted, yet there is no movement from the limb or muscle in question.

For want of a better term, it is Static Strength Conditioning. By way of example, the plank is a classic isometric exercise.

Simply lie straight, propped up on the flats of your forearms.

Staying like that gets tough after a while what with gravity doing its best to beat your resolve.

Training in this way is excellent for the core muscles and can really help with stabilization and general strength.

You also utilize isometrics during most dynamic lifting exercises. When you squat, for example, your abs, back, shoulders and almost everything but the moving muscles are engaged isometrically. Similarly when you perform a bicep curl, your forearm is working isometrically.

However, this is about doing isometrics without heavy weights and it’s entirely possible to reap some serious rewards using only your bodyweight, or something immoveable (like a tree) against which you can brace – as if trying to push the object – and employ a virtually limitless effort curve.

Plyometric training, on the other hand, is the use of explosive power. The easiest example of plyometric training is jumping, but there are some subtleties to this that warrant further explanation.

True plyometric training involves dropping down from a safe height to the ground, thereby forcing the person’s muscles to go into eccentric contraction (i.e. absorbing the ‘shock’) but then turning that into a concentric contraction (jumping) within the shortest time possible.

This type of training is excellent for power, speed and muscle reaction improvements.

After the advent of ‘true plyometrics’ nearly every explosive movement has been described as plyometric.

As this is now common parlance, there’s no point contradicting it. Exercises such as squat jumps, box jumps, burpees and plyometric push-ups (where you push off the ground from force of push-up – some people clap their hands in between) are now considered plyometrics.

I will say that these are all extremely useful indeed for building your fast power, but the original depth jump, where you drop from a box and quickly jump back up is probably the most effective.

After a season of hard work in the gym, you may have left a few things out of your routine, given the majority of people use Winter and Spring to get some serious hypertrophy and strength work in.

When it comes to Summer, you could probably do with a little break from the routine anyway, and there is nothing better than to use those fresh new muscles you have to expand their potential even more.

The combination of Plyometric and Isometric training will make you start to experience improvements in your power and speed that you didn’t know you had in you.

This elicits further growth in your usual gym workout as well and triggers new anabolic hormone activity to boot.

In short, it augments your physique quite dramatically.

A Word on Sandbags

If you are still looking for some weight to be added to your outside routine then I suggest working out with sandbags.

These are relatively inexpensive and allow you to expand even further on all 3 aspects of training described above:

I would recommend a sandbag to anybody, even the biggest guys, to include in their workout programme anyway.

They are slightly awkward by nature and take different movements and use of strength to work with.

What’s more is the pro sandbags made from tough mil-spec material can come in sizes which take up to 160 pounds. 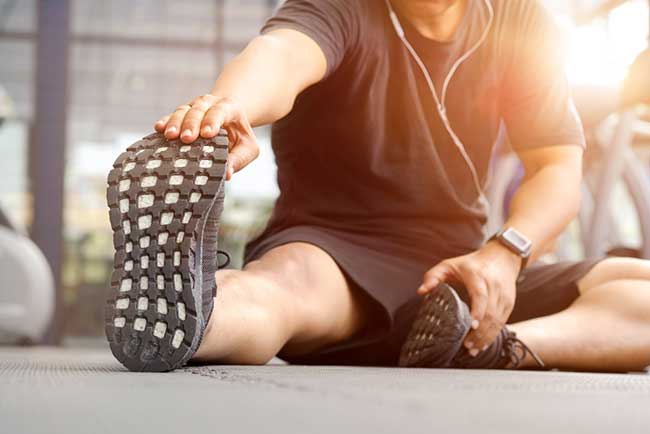