You’ve been to the gym, you’ve pumped those muscles, you are swole. You don’t want them to return to their normal un-pumped size – here’s how to keep the swole

How to Get Swole

Lot’s of people know the feeling of being pumped in the gym.

The muscles you have just worked out feel like they are twice the size of their resting state and they push against your clothes with a satisfying tightness that makes you realize why you keep going back to the for more.

What many don’t understand is why this happens. What’s the physiological mechanism that gives you ‘The Pump’?

In a way, the biological and chemical processes are of little relevance to the average person who lifts.

And in another light, they are the most important thing. What if you could use the knowledge to maximize your gains?

Well, that’s why sometimes it pays to continue reading.

Recommended Article: If you want to stay swole for longer read about legal mass gainers. Similar results to anabolics but without the health risks – and legal!

Getting Pumped – The Swole

When you lift weight, the muscle contracts, getting shorter but thicker as it does so.

During contraction, the muscle actually compresses the veins – the blood vessels transporting de-oxygenated blood away from it.

At the same time, arteries carrying oxygenated blood into the muscle are still doing so.

The increased concentration of blood in the muscle caused by the veins becoming compressed and the arteries still delivering it causes some plasma (straw coloured fluid of blood) to pass through capillary walls into the spaces between cells – or interstitial spaces.

A build up of pressure occurs which is released once the set is complete.

As soon as you finish the set blood is drawn back into the muscle, creating a much more swollen appearance and feeling than when they are at normal rest. That is the pumped, or ‘swole’ feeling.

The mechanism that results in the muscle being flooded with blood is called Reactive Hyperemia.

To help simplify this, a similar thing happens when a tourniquet is released and blood is suddenly allowed to flow through the passageway that had previously been blocked.

The peak blood is just after the release of the tourniquet, or in the case of lifting weights, when the load is taken off the muscle by finishing the set.

There is a concomitant stimulus of vasodilation, which even further dilates the blood vessels and adds to the pumped up look.

But It’s Not Permanent…Is It?

But there comes a time hours later when you look in the mirror and see that it’s faded.

This leaves you pretty much the same as you were before you started pumping the iron.

After all, real muscle gains take a lot longer than one session on the plates.

The thing is, each time you work out with enough effort to induce a good pump you are actually contributing to greater muscle growth over time.

In short: when you are pumped, you are probably seeing more or less what will eventually become your resting physique, if you continue to work out in such a way and eat right.

As it happens gradually though, will you recognize it when you get there? That’s what before and after photos are for – and that’s another story!

Back to being pumped. It’s possible that the swelling of the cells increases both anabolism and anti-catabolism.

So, the activities which trigger muscle growth and the ones that fight muscle damage are both increased.

Hypertrophy, a fancy word for muscle growth via cell enlargement, is dependent on a positive ratio of protein synthesis to protein breakdown.

And since being pumped activates protein synthesis and reduces protein breakdown, then the difference is going to be a positive number, and hypertrophy the result.

Also, since the Type II muscle fibres are the more hypertrophy-friendly of them all, they may even respond to the swelling of the cells defensively by adding strength and size to the structure.

On a macro level, this means bigger and stronger muscles.

Can You Get Better Pumps?

So we’ve established that vein compression is the way to ensure the best muscle swell, so the best way to lift for maximum effect is to have the working muscle under constant tension.

That means even in the extension, or negative side, of the rep, you don’t relax, and you keep the muscle under controlled load for the entire set.

You see a lot of guys, pushing, pulling, lifting, curling their weight but then letting the weight drop on the back side of the repetition.

Don’t do this, keep the tension on for every repetition in the set.

Another aspect is the length of the set and the rest intervals in between, for example 3 to 5 medium to high rep sets – like 15 to 20 reps – performed under constant tension with only a minute or less rest in between.

Drop sets, where the heaviest weight you are using is repped to failure before reducing the weight and repeating, reducing and repeating is a good way to ensure you are maxing out the potential of that muscle in your session.

Make sure to try the following to achieve a shirt splitting pump:

In the very least, perform enough reps that you ensure a decent amount of metabolic stress i.e. feel the burn. The low oxygenation during an anaerobic set in conjunction with the cell swelling is excellent for permanent gains.

Add a supplement to your repertoire to give yourself even bigger pumps. A nitric-oxide booster – or vasodilator – will not interrupt the vein compression, which is good. What it will do is introduce a higher flow of blood via arterial transport.

This means more oxygen and nutrients will replenish the muscle after the set and you will become even more of a swole monster than you thought possible. 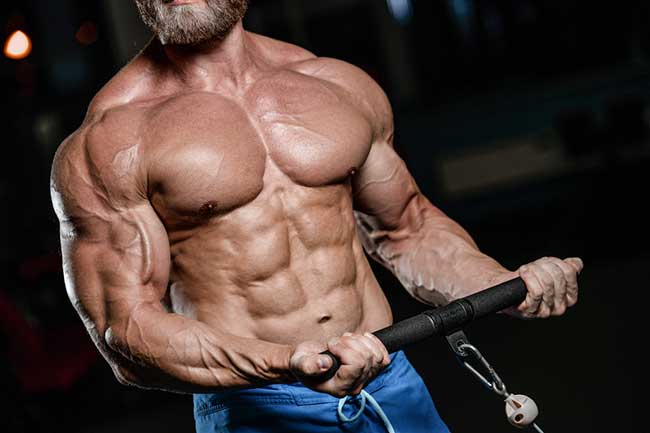 Article Name
How to Get Swole - Keeping Your Muscle Pump
Description
You've been to the gym, you've pumped those muscles, you are swole. You don't want them to return to their normal un-pumped size - here's how to keep the swole
Author
Mark Jones
Publisher Name
www.Emergencylink.com
Publisher Logo