Millions of people are working out and trying to burn fat, without results. Everyone is an individual and individual success at most goals in life is a highly subjective thing.

Take high level athletes for example. One 100m sprinter might train 15 hours a week, and another might train for 30 hours a week. They compete in the same races and often finish within split seconds of each other.

The average percentage of one beating the other is around 50%. In other words, they are as good as each other.

The guy doing 30 hours a week is not twice as good as the guy doing 15. How is this? Does 15 hour guy have a better trainer or training regime?

Let’s say, for the sake of argument, that no, he does not. In fact, they have the same trainer and similar training routine save for the fact that one is higher in volume.

OK, hold that thought. Let’s move to another example, two beginner athletes. They have both enrolled themselves in a fitness boot camp. They are both female, of almost identical age, height and weight.

After four weeks, one of the women has increased overall anaerobic capacity by 20%, the other has managed only a 2% increase.

What happened here? Did the one that improved more find some extra training hours somewhere? No, they followed the same pattern and the same diet as everyone else.

The point of these two stories is that there was no special reason why one person needs more training or why one person can improve their fitness so much quicker. Some people respond differently to the training stress. Does it mean one person is inferior? Not at all.

We all have a peak – some people just take longer and may have to work harder to get there. And while the one who takes longer and has to work harder might think it’s unfair, aren’t they more likely to stay there? That’s another discussion. For now, let’s bring it back to fat-burning.

What does that have to do with Burning Fat?

You may be wondering if you accidentally left the site where you were reading about Fat-Burning. It’s fine, you are still with us.

The message in the stories above can directly translate to dieting, burning fat, losing weight, slimming – whatever you want to call it.

What works for some, might not work for others. Or, it may work but not in the same time frame.

These are important points to remember, especially if you are struggling to lose the pounds while your friend looks like she halved in size overnight.

You might hear or read something, or your friend might have succeeded with a diet or exercise routine…and maybe you aren’t dropping as many pounds.

The truth is, you might be just responding differently, like the people in my stories above. However, it’s possible you are making some key mistakes, especially where exercise is concerned.

I don’t like focusing on things that work for some and not others. I prefer to focus on the things that should work for everyone (no matter how quickly) and then adapt from there.

The next section highlights a couple of simple mistakes people make in their exercise routine when they are trying to burn fat:

“I walk for hours in my fat burning heart rate zone…”

And you’re wondering why there’s not much of the all important fat-burning going on, right? This is because of an all too common myth regarding low intensity exercise and burning fat.

It is true that your body uses more fat as fuel when you are in your aerobic zone (zone 2) which for most people can be a brisk walk, or a light jog.

Basically, you can have a fluid conversation at this level of effort. The body is taking in oxygen and burning a higher proportion of fat than carbohydrate.

For some reason, this translates to the treadmill section of the gym being full of people walking with a slight gradient for hours while having a chat. Actually, they probably don’t even complete an hour before they pack it in, thinking – that’s my fat burning for the day.

Big mistake. You may have been burning 65% of the calories as fat, but what were your total calories expended during the half hour walk?

Maybe 150 maximum, and that’s being generous. That makes the maximum calories from fat expended: 98. Again, generous. And you could wipe that loss out with a chocolate bar in 5 seconds flat.

If you went for it, high intensity for the same half an hour, the percentage of fat you use as fuel is lower – more like 40%. However the total calories burned are more like 350, which makes the fat you burned more in the 140 calorie area. And that’s only half an hour.

Even then, the calories you used from carbs need to be replaced, and your body will source that from fat as you recover from your tough workout. Your metabolism gets raised from higher intensity and stays high for longer, burning even more fat. Also, the muscle repair process has to be a bigger one, which again uses more fat for fuel.

Basically, there is a lot to be said for speeding things up and pushing harder over the same time frame. If you can only squeeze in a half-hour workout , make it an intense one.

“I don’t do weights in the gym, I’m trying to lose weight here. Eliptical, treadmill and bike, that’s all I need”

The amount of times I’ve heard people argue against a couple strength and resistance sessions a week. They tend to say something like: “but I don’t want to get big muscles, I’m trying to lose weight.”

OK. First off, it ain’t that easy to pack on muscle and become a beast so if ‘not wanting to look like one of those massive guys’ is a concern, you can let it go now.

Secondly, building muscle is not always about size. For people who want a more toned physique with less fat, a weight lifting session twice a week will do wonders.

We’re not talking huge squat racks and super sets on the bench press. We’re talking a relatively taxing, cardio weight circuit focusing on the core and big muscle groups like quads, glutes, hamstrings and the back.

We’ll post one of those exercise routines soon, but for now just rest assured that weights are good for several reasons:

To wrap this up, the last point I want to make is about mindset.

I only really understood weight loss when I realized it is a product of your lifestyle, rather than the reason for it. This happened shortly after I began training for Ironman triathlons.

During the training periods throughout the year, I am thinking of swim, bike, run, weights, nutrition and rest. Fat burning doesn’t come into it, because it happens anyway as a product of my lifestyle.

I’m not trying to say everyone should take up triathlon, but consider this – making weight loss your goal will often result in failure because you will focus on the negatives – all the while cursing yourself as you stand on the scales.

Make fitness and healthy living your goal and you won’t even need to think about weight loss; you will simply have the body that reflects your lifestyle. 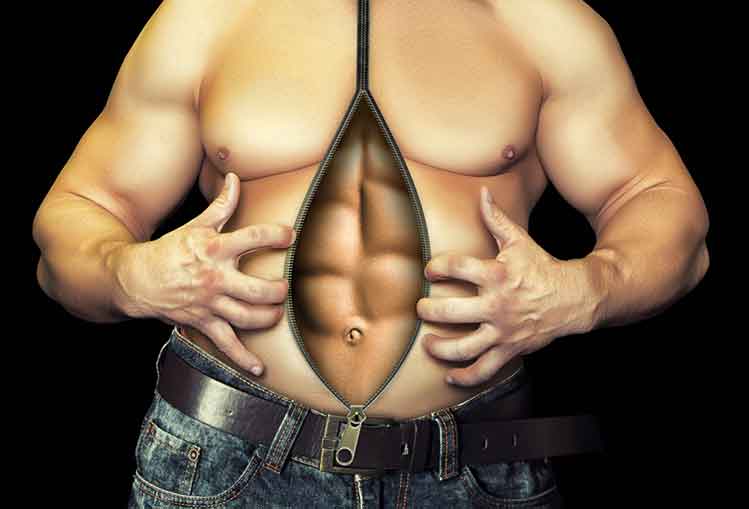 Article Name
The 2 Biggest Fat Burning Mistakes People Make
Description
Millions of people are working out and trying to burn fat, without results. Everyone is an individual and individual success at most goals in life is a highly subjective thing.
Author
Mark Jones
Publisher Name
www.Emergencylink.com
Pin It